“Later this year, our CAMI plant in Ingersoll will begin Canada’s first full-scale electric vehicle manufacturing with BrightDrop,” said Marissa West, GM Canada president and managing director. “This partnership with the Governments of Ontario and Canada is helping GM build a more diverse, innovative and sustainable industry and EV supply chain for the future—and we are proud to be doing that right here in Canada.” 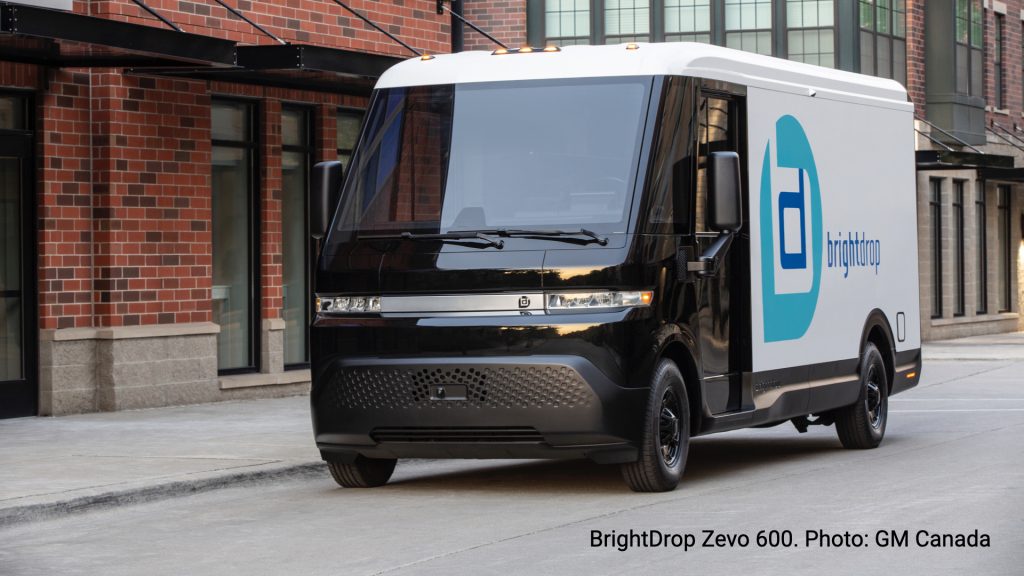 Production of BrightDrop’s electric delivery vans will begin at CAMI Assembly in Ingersoll in December 2022, following the plant’s retooling.

BrightDrop is a new business from General Motors whose “portfolio of products, software, and services are designed to decarbonize last-mile deliveries and reduce congestion for a smarter, more sustainable future”.

The automaker made the announcement at the Canadian Technical Centre’s McLaughlin Advanced Technology Track (CTC MATT) in Oshawa, Ont., “highlighting the company’s more than $2 billion in investments to transform its manufacturing operations”.

GM says it plans to introduce 30 all-new EVs globally through 2025, two-thirds of which will be available in the North America. These vehicles will be based on the Ultium Platform, which encompasses a common EV architecture and propulsion components like battery cells, modules, packs, Ultium Drive units, EV motors and integrated power electronics that can be tailored to the needs of different vehicles, from crossovers to pickups to delivery vans.

By the end of 2025, GM plans to have capacity to build 1 million electric vehicles in North America, and the company targets the majority of components by value to be sustainably sourced, processed or manufactured in North America.

GM and POSCO Chemical are building a $500-million facility in Bécancour, Que., to produce cathode active material for GM’s Ultium batteries, which will power GM’s EVs.