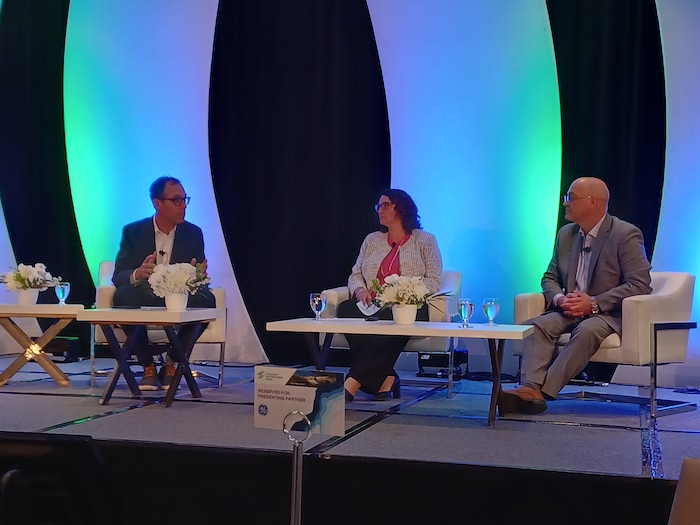 Trade association WaterPower Canada (WPC) held its annual conference, Canadian Waterpower Week, from Sept. 21 to 23 at Toronto’s Westin Harbour Castle. As part of the event, a series of presentations and discussion panels addressed issues related to the energy transition toward a future of net-zero emissions.

Following the first day’s committee, board and council meetings and hydro pump storage concept training session, the second day opened with a plenary by Carolina Rinfret, WPC’s new president and CEO, who introduced the conference’s main theme: ‘Powerful Synergies for Our Electric Future.’ 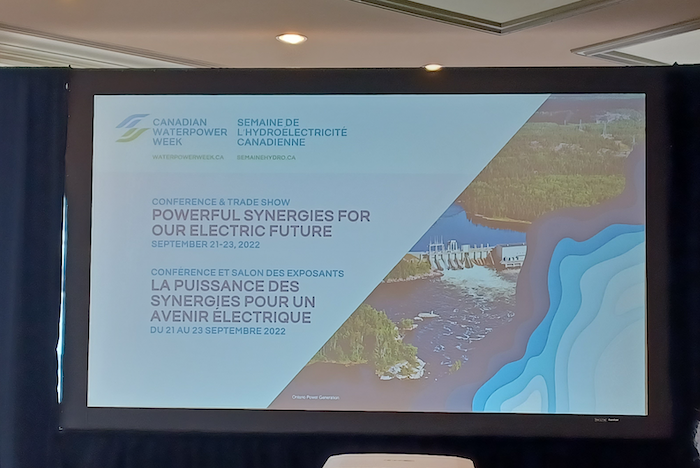 Next, guest speaker Yvan Cliche—a fellow and senior energy researcher with the Centre d’études et de recherches internationals, Université de Montréal (CERIUM)—discussed the geopolitical upheaval caused by resource price fluctuation, with a focus on the internationalization of natural gas, a breakthrough for renewable energy sources and the need for critical minerals to support electrification.

The first panel of experts reached consensus on the importance of serious and strong policies to better co-ordinate provincial efforts to meet federal targets.

“Approvals will have to be turned on their head for the transition to happen by 2035,” said Jennifer Williams, president and CEO of Newfoundland and Labrador Hydro.

In concurrent breakout sessions, representatives of Ontario Power Generation (OPG) and Kiewit discussed Northern Ontario’s Little Long Dam safety project, which aims to increase the discharge capacity of the Adam Creek spillway structure to ensure floodwater can bypass four Lower Mattagami River stations; while Hatch business development director Jonathan Atkinson and regional manager Martin Dodge provided an overview of their studies to assess electricity generation costs by source and the scale of the role for hydropower refurbishments and redevelopments to play in a net-zero electricity supply.

Later in the conference, a session about the growing role of Indigenous businesses in the electricity sector showcased the need for the corporate sector to partner with Indigenous communities in the collaborative development of new projects and to provide work opportunities and training.

“Indigenous communities know the land better than we do,” said Mathieu Johnson, vice-president (VP) of strategy for Hydro-Quebec, before the session. “They are great partners.”

Concurrently, Seliam Sayah, head of the energy and water division of Switzerland’s Lombardi Engineering—which has teamed up in Canada with BBA—discussed his firm’s experience on pump storage projects. 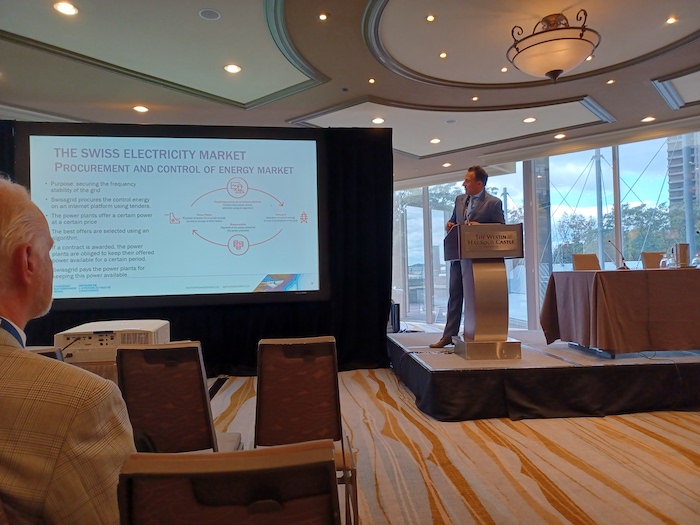 BBA’s own power systems business director Nishant Gehani was part of the next panel, along with SNC-Lavalin director of grid solutions Tarek Abdel-Galil and others, which covered the theory and practice of net-zero energy systems. Meanwhile, a technical session addressed the replacement of two 100-year-old scroll cases for the Niagara River’s 10-unit Sir Adam Beck Generating Station.

At a gala dinner, astronaut Chris Hadfield, Canada’s first commander of the International Space Station (ISS), provided his own perspective about the fragility of the planet and the need for action to reduce the impact of climate change.

On the second day of the conference, a panel of human resources (HR) experts revealed Canada’s hydropower industry is currently only 26% female. To solve current staffing shortages, they said, the industry will need to attract more women, more young people and more out-of-country talent. This will call for work with academic institutions.

Finally, in the closing plenary, a panel discussed the importance of pursuing regional synergies and the role of new hydroelectric transmission infrastructure.

“The conference was a success,” said WPC president/CEO Rinfret. “Participants were happy to get together and network. Attendees really appreciated the subjects covered by the speakers and panelists.”