In-Depth
COP15 biodiversity summit in Montréal: Canada failed to meet its 2020 conservation targets. Will 2030 be any better?

One of the largest challenges in Canada and across the world is that biodiversity conservation has typically marginalized Indigenous Peoples and their knowledge systems. 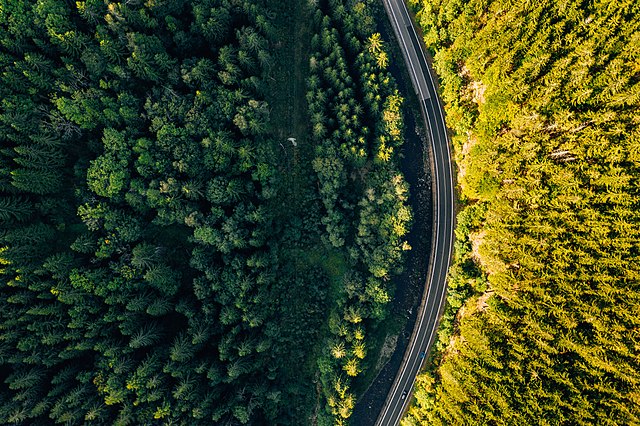 The 15th Conference of the Parties (COP15) of the United Nations Convention on Biological Diversity (CBD) is underway in Montréal. Like the COP27 climate conference held in Egypt last month, the goal of this conference is to get member nations to make agreements that can help reverse or slow down the damage being done to our planet.

One of the largest challenges in Canada and across the world is that biodiversity conservation has typically marginalized Indigenous Peoples and their knowledge systems. And yet, there is growing recognition that lands managed by Indigenous Peoples are, on average, more biodiverse.

It is, therefore, vital that conservation practices are planned and conducted in collaboration with Indigenous Peoples. The targets set at COP15 cannot be met without Indigenous leadership.

In Canada, efforts to meet the 2020 targets intentionally engaged both Indigenous and Western governance frameworks in national conservation policy formulation for the first time. But was that enough? As we move on to setting new conservation goals for the next decade, we need to evaluate what worked and what didn’t in our efforts so far.

The Conference of the Parties of the CBD held in Aichi Prefecture, Japan, in 2010, set 20 targets for the conservation of the world’s biodiversity. These targets aimed at addressing the underlying causes of biodiversity loss by “mainstreaming biodiversity conservation across government and society.”

This meant integrating actions or policies related to biodiversityinto broader development policies such as those aimed at poverty reduction or tackling climate change.

As a member of the COP, Canada adopted these 20 targets, but focused on target 11, which states that at least 17 per cent of terrestrial and inland water areas and 10 per cent of coastal and marine areas will be conserved in protected areas by 2020.

To achieve these targets, the government of Canada engaged several state and non-state institutions. The coastal and marine target of 10 per cent conserved areas was in the custody of the federal Department of Fisheries and Oceans (DFO). This target was met by the DFO, arguably because marine areas are void of human habitation and consequently have less political and social resistance to conservation.

The Pathway process engaged a wide diversity of conservation and industry stakeholders and Indigenous People to meet this goal. The Indigenous Circle of Experts showed how Indigenous People could help Canada meet its targets, by playing the primary role in protecting and conserving ecosystems through Indigenous laws, governance and knowledge systems, while working towards nation-to-nation reconciliation.

But this ended in March 2018 when the Circle’s report — We Rise Together — was transferred to the Ministry of Environment.

The Pathway to reconciliation

According to some members of the National Steering Committee of the Pathway and the National Advisory Panel, the intent of the Pathway was more than just carving out protected areas to meet Canada’s international commitment on conservation. It was also about relationship building.

The Pathway was an opportunity to advance nation-to-nation reconciliation and to reconcile Canadians with the land. The Indigenous Circle of Experts made great progress in relationship building and in engaging members of the federal, provincial and territorial governments.

Its 2018 report laid out a path for greater reconciliation in the conservation sector that focused on the creation and management of Indigenous Protected and Conserved Areas (IPCAs).

But some provinces, like Ontario, are resistant to IPCAs as they don’t recognize Indigenous jurisdictions under the Crown law. These tensions have been exacerbated during the implementation process which began after the submission of the reports in March 2018 when the implementing agency of the Pathway switched from Parks Canada to Environment and Climate Change Canada. This disrupted some of the relationships that made the pathway a success, including no longer seeking advice from the Indigenous Circle of Experts.

Nevertheless, the growing numbers of IPCAs can be presented as an indication of success of the Pathway.

New targets for the new decade

Canada needs to build on the work of the Pathway initiative to prepare for better outcomes of the conservation of biodiversity targets by 2030.

The Canadian government and various national organizations including the Canadian Parks and Wilderness Society (CPAWS) have been championing the 30 per cent target, which urges nations to commit to protecting 30 per cent of the world’s land and sea by 2030, including key ecosystems around the world.

We need to embrace the facets of the Pathway that went right — including the support of and collaboration with Indigenous experts — and focus on relationships to help steer us to success by 2030.