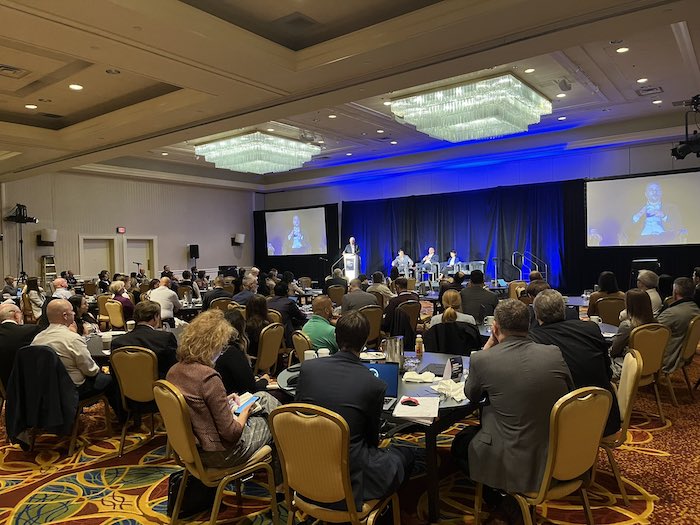 The first day kicked off with a keynote address by Francis Bradley, president and CEO of Electricity Canada, considering the role of electricity in the transition away from fossil fuels. The next session, a panel discussion titled Our National Energy Outlook, expanded from that starting point.

“The big pieces of the puzzle will be electrification, renewables and energy efficiency,” said Ahmed Hanafy, director for Dunsky Energy + Climate Advisors, based in Montreal, where all buildings are to be net-zero by 2050. “To reach our goals, we are going to need a lot of fuel switching, not just electrification.”

“For electrification, Canada’s grids will need two to three times today’s capacity,” said Caroline Lee, mitigation research lead for the Canadian Climate Institute. “We’re not on track yet to achieving that. The pace of change for bringing renewables online is unprecedented, but not enough to get us to our climate goals. We need to deploy energy storage and make demand more flexible. We haven’t seen that from power system designers, but it’s technologically feasible.”

“Trucking and heavy transport are a big emitter in Ontario,” he said. “To switch this industry to hydrogen, we will need fuelling stations along our highway corridors.” 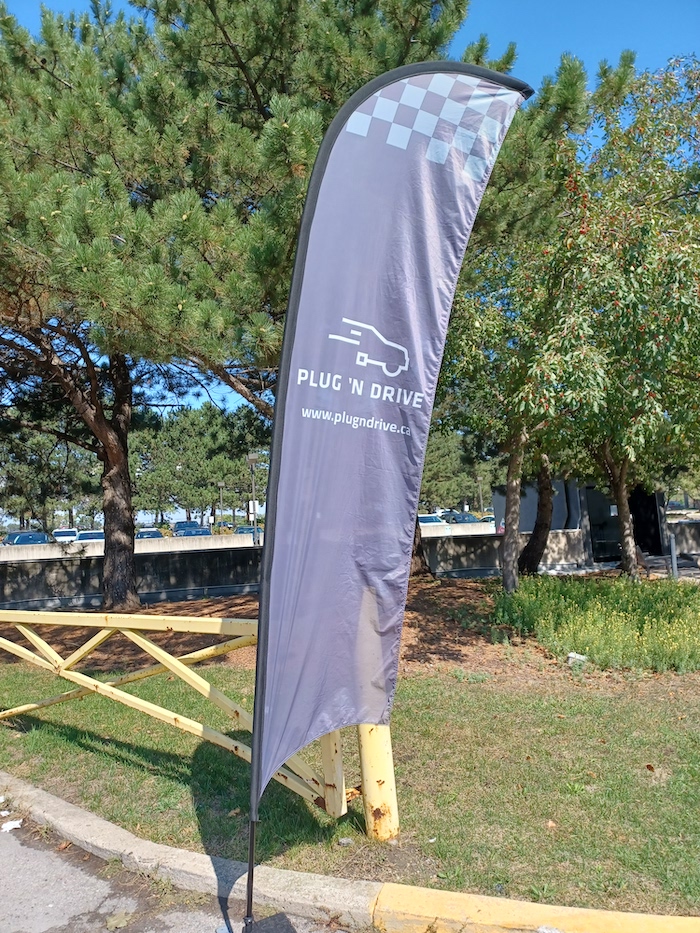 Attendees had the chance to test-drive EVs. Photo by Peter Saunders.

“Biogas and renewable natural gas (RNG) can help Canada get to its emission-reduction targets,” said panelist Jennifer Green, executive director of the Canadian Biogas Association. “Successful projects will be driven by new policies.”

“One of the biggest challenges is interoperability between multiple energy system vendors,” added Giles Counsell, management consultant and smart energy lead for Siemens Canada. “Standardization could go a long way in scaling up renewables.”

And getting back to the issue of storing energy from intermittent sources, another panel discussion showcased E-Zinc’s rechargeable metallic electrochemical cells, SunGrid’s battery energy storage system (BESS) projects and Malta’s thermoelectric facilities, which use tanks of high-temperature molten salt and low-temperature liquids.

Day two started with a showcase of Canadian energy transition projects involving NB Power, Alectra Utilities and the aforementioned IESO, including overviews and lessons learned. Further panels discussed the the role of institutions, including universities, and new technologies in accelerating the energy transition and supporting decarbonization.

Following a presentation by Electricity Human Resources Canada (EHRC) VP of programs Mark Chapeskie about filling future energy jobs, the EIF closed out with one last decarbonization discussion with representatives of the National Research Council of Canada (NRC) and Natural Resources Canada (NRCan), setting the stage for developments yet to come.