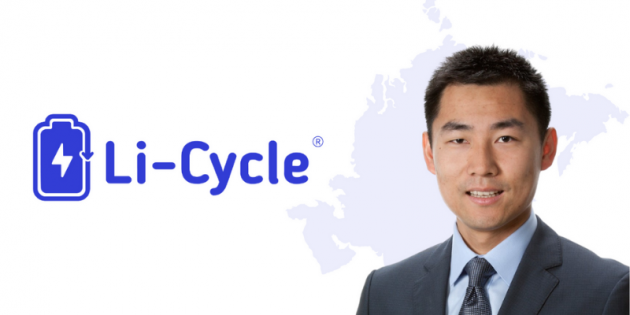 Mr. Li brings experience in strategy development and leading growth in markets at international companies to his role at Li-Cycle. He joins Li-Cycle at a critical inflection point as the Company approaches its debut as a publicly traded company in the U.S. and expands its operations into Asia, in addition to other regions around the globe. Mr. Li reports directly to Li-Cycle co-founder and Chief Executive Officer, Ajay Kochhar.

“The Asian lithium-ion battery market is the world’s largest, presenting a considerable supply of battery manufacturing scrap as well as lithium-ion batteries that are approaching their end-of-life and will need to be recycled,” said Mr. Kochhar, Li-Cycle’s CEO. “I am excited to welcome Mr. Li to Li-Cycle as he will play a major role in our global growth plans by spearheading our expansion in Asia. Asia is one of the key components of our broader global rollout plan over the next five years and beyond.”

“Li-Cycle’s leadership, commercial technology, and vision are all best-in-class and I am thrilled to be in a position to make a significant, positive impact on a Company that is poised to rapidly deploy its capabilities,” said Mr. Li. “I have a keen understanding of the Asian market’s landscape and plan on leveraging my experience with directing global teams to facilitate Li-Cycle’s expansion in a region that is experiencing prolific growth of electrification and lithium-ion batteries.”

Prior to joining Li-Cycle, Mr. Li served as the Global Business Director for Lithium Carbonate at the Albemarle Corporation, where he developed the battery grade strategy and executed on business development plans in key regions resulting in robust performance.

Mr. Li holds his BBA in Marketing from Shanghai University of Finance and Economics and an MBA from the Darden School of Business at the University of Virginia.