The Carbon Excellence program is an actionable and measurable corporate strategy that publicly shows a company’s tangible commitment to sustainability. 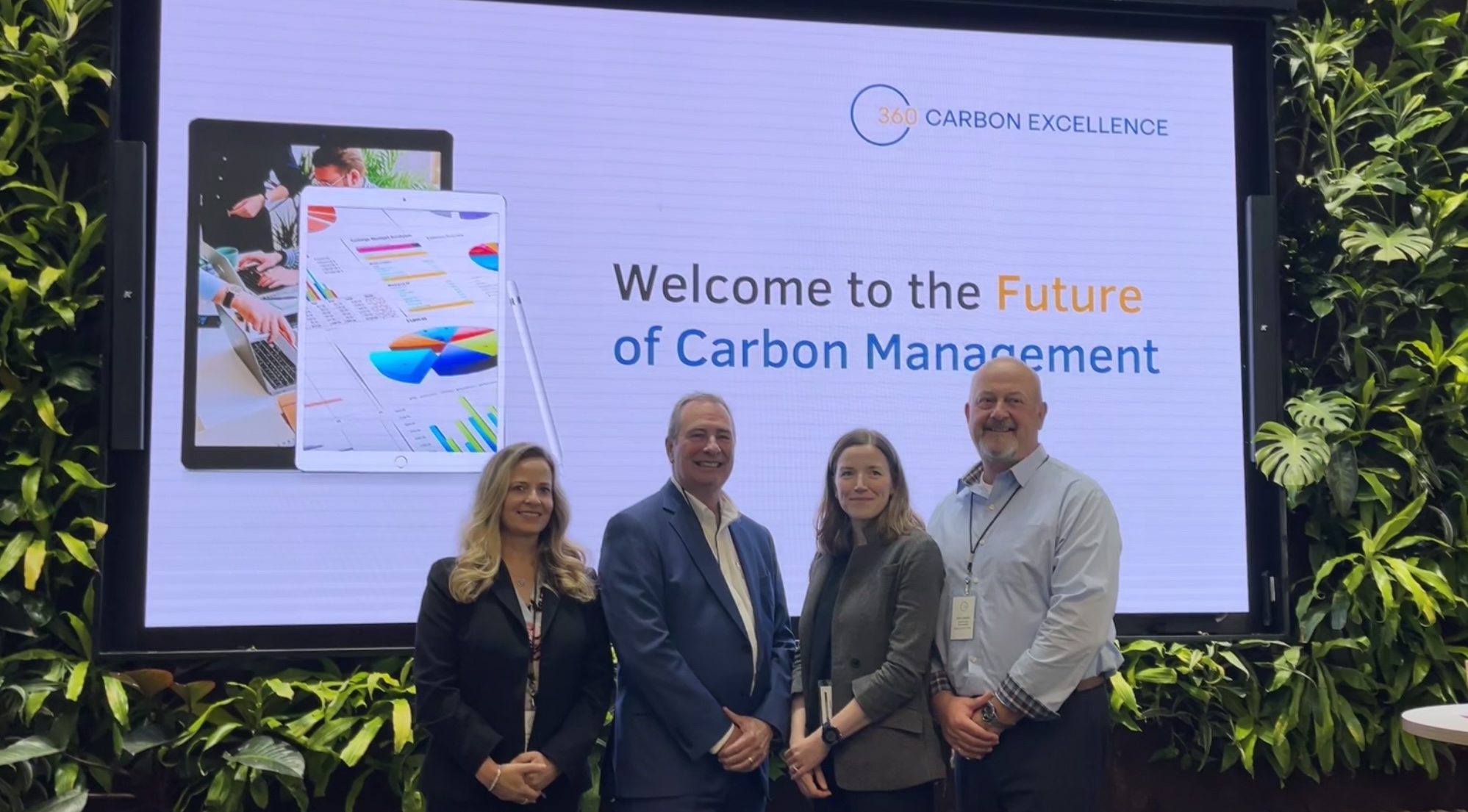 Managing carbon was the topic of the day at 360 Energy’s 360 Carbon Excellence program launch held on Sept. 21 in Oakville, Ont.

The panel was moderated by Melissa Durrell, CEO and chief strategist of Durrell Communications.

Barriers for businesses
The first question posed to the panel was, “What are the barriers today for businesses wanting to reduce their emissions? And what are some of the incentives?”

Albanese said one of the biggest barriers is that many companies simply don’t know where to start. This is particularly true for small- and medium-sized enterprises (SMEs).

“Some of the publicly-traded companies, the larger companies, the larger manufacturers, they have the resources, they have the expertise. They can pull in the right expertise to support them,” she told the crowd. “There’s thousands and thousands of SMEs who really are struggling with this. They’re struggling with ESG in general, but then also, when you get down to the technicalities of measuring carbon and knowing how to reduce carbon, where do they find capital if they need support to do some type of improvement or by technology?”

Many SMEs are also now being asked by their customers to report and reduce their carbon emissions, so these companies require additional support.

“I was in a company that was asking our suppliers to do this. If you’re familiar with carbon emissions in the supply chain, that’s called Scope 3 emissions. And more and more companies are asking their suppliers to report it and reduce their emissions. But the suppliers are really struggling,” Albanese said. “So, I would say that there’s a large barrier there. There’s a lot of incentives coming in, and a lot of directives to report on emissions. But I think we need to think about how to support these companies, how to collaborate across industries. And if you’re asking your suppliers, too, how can you support and guide them to the right resources to help everyone achieve the same goal?”

Lennartz added that data collection is a must for understanding what a company’s energy consumption is, and for knowing the related emissions being produced. He added that many of the technologies for helping companies reduce their emissions are still only emerging.

“I think some of the technologies that they may have to utilize haven’t really even been invented yet,” he said. “So, as an incentive, obviously, there’s the cost reductions from reducing your energy consumption. I think we’re going to get to the point, where we’re seeing more and more customers asking us what we’re doing about it. I think there will be a tipping point where you start to get these large, public facing companies that will stop doing business with companies that aren’t doing something about it as they go to try and reduce their Scope 3 emissions in their value chain.”

Flynn added that understanding your carbon consumption and your production is really about asking a company to think about its strategy in a more comprehensive way, and that having tools to help generate these reports will be extremely advantageous.

Under pressure?
The panel was also asked if there is currently pressure for companies to commit to Net Zero 2050, and if so, what does that pressure look like?

Albanese said there is a lot of pressure for companies to commit and many companies are coming out with announcements, but that most lack details behind their plans and targets.

“The reality is nobody knows exactly how they’re going to get there, because it’s just too far out. We don’t have all the technology available, but I do think that it’s important to set that goal to start on that journey,” she said.

Pooley said that new technologies will be vital for companies meeting future carbon reduction targets, but they need to take a cautious approach.

“We’ve got to be a little weary if we rush into certain technologies too soon. On the other hand, that shouldn’t be an excuse for inactivity. But we’ve got to keep revisiting technology, it’s got to be there,” he said.

While a technology may not prove to be cost effective one year, it may make sense to invest in it later down the road, because situations change, Pooley added.

“Look how energy prices have risen, that could change as a payback on a technology. So, we’ve got to get better at understanding the right technologies, we’ve got to be careful about jumping too soon. But on the other hand, not be paralyzed into doing nothing,” he said.

Navigating emissions
The panel was then asked about how technological advances will shape carbon markets in the future. Flynn said, first and foremost, it’s important to start with a conversation on energy efficiency.

“That benefits basically every company. Even if you’re a software company, it’s going to help; and I think it’s really important to measure and understand where your energy needs are coming from,” she said. “I think we’re entering an age where people are waking up to the fact that energy costs are incredibly volatile, and they’re completely out of our control. Even the biggest companies are often looking to even just primary hydrocarbon resources and are astonished to find the next year that they’re paying twice or three times as much. I think companies are going to want to try and control this much more carefully. And I think that they’re going to look to energy efficiency first.”

Flynn added that increased electrification will have a big role moving forward.

“We’re going to move in substantial ways to a clean energy system. Because if we electrify, we basically can use clean energy much more efficiently than we’re currently now,” she said. “I think we’re going to see this mass movement to electrification, and hopefully plenty of infrastructure that enables us to use clean energy from the grid and other resources. And then it gets more complex from there. So, a lot of companies are going to be looking at a myriad of solutions.”

No matter what technologies emerge in the future, companies need to be prepared and have the right teams in place to utilize them efficiently.

“I think that we’re going to see a lot of really cool technologies come along, I think we’re going to see, hopefully, the grid infrastructure improves over the next decade or so. I think the federal government and provincial government will come alongside and do that very systematically, because they kind of have to. And then, I think we’re going to have to also ask ourselves, within our companies and organizations, some tough questions about, ‘Do we have the skill set needed?’ and how do we upskill people to be able to make and integrate these kinds of technological questions; but also, [add] people-centric questions into our business decisions on a regular basis?” Flynn added.