Developers and utilities are attracted to the low levelized cost of energy (LCOE) that VRB-ESS® deliver. 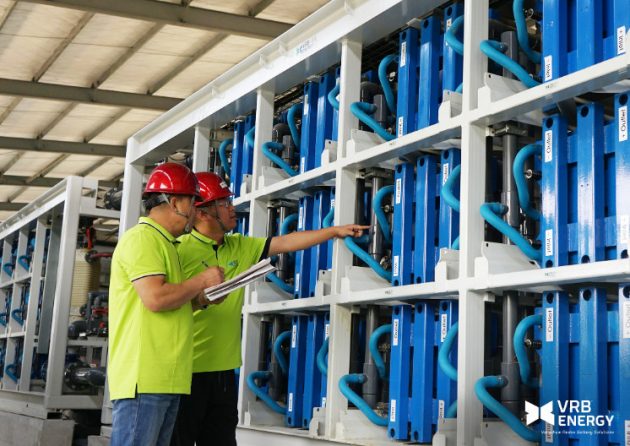 The investment by BCPG PLC – a Thailand-based developer and owner of renewable energy projects in the Asia-Pacific region, with 900 megawatts (MW) in operation and a pipeline of over 2,200MW, across Southeast Asia, Japan and Australia – will support rollout of VRB Energy’s Gen3 VRB-ESS® product, expanded manufacturing capacity, and vertical integration of vanadium processing to meet growing global demand.

“BCPG is a leader in Asia’s green energy revolution, and this investment reinforces our belief that VRB Energy’s game-changing technology will be a catalyst for integration of massive amounts of renewable energy around the region,” said Mr. Friedland.

Developers and utilities are attracted to the low levelized cost of energy (LCOE) that VRB-ESS® deliver – making it a good fit for the “heavy duty” daily cycling required for solar and wind integration to utility grids.

“In addition to welcoming BCPG as an investor, we are also working with them to add storage to their existing and planned projects to optimize system performance and enhance revenues, as well as to explore other business development opportunities with them in Thailand including localization of manufacturing,” noted Dr. Huang.

Mr. Pichai Chunhavajira, BCPG Chairman, will be appointed to the Board of Directors of VRB Energy upon the completion of the transaction.

Beyond the Asia-Pacific region, VRB Energy is in discussions with numerous developers and utilities in the U.S., Europe and South Africa for 100MW-class PV+VRB projects, and has noted an increasing demand for projects of 8-hours duration and longer.