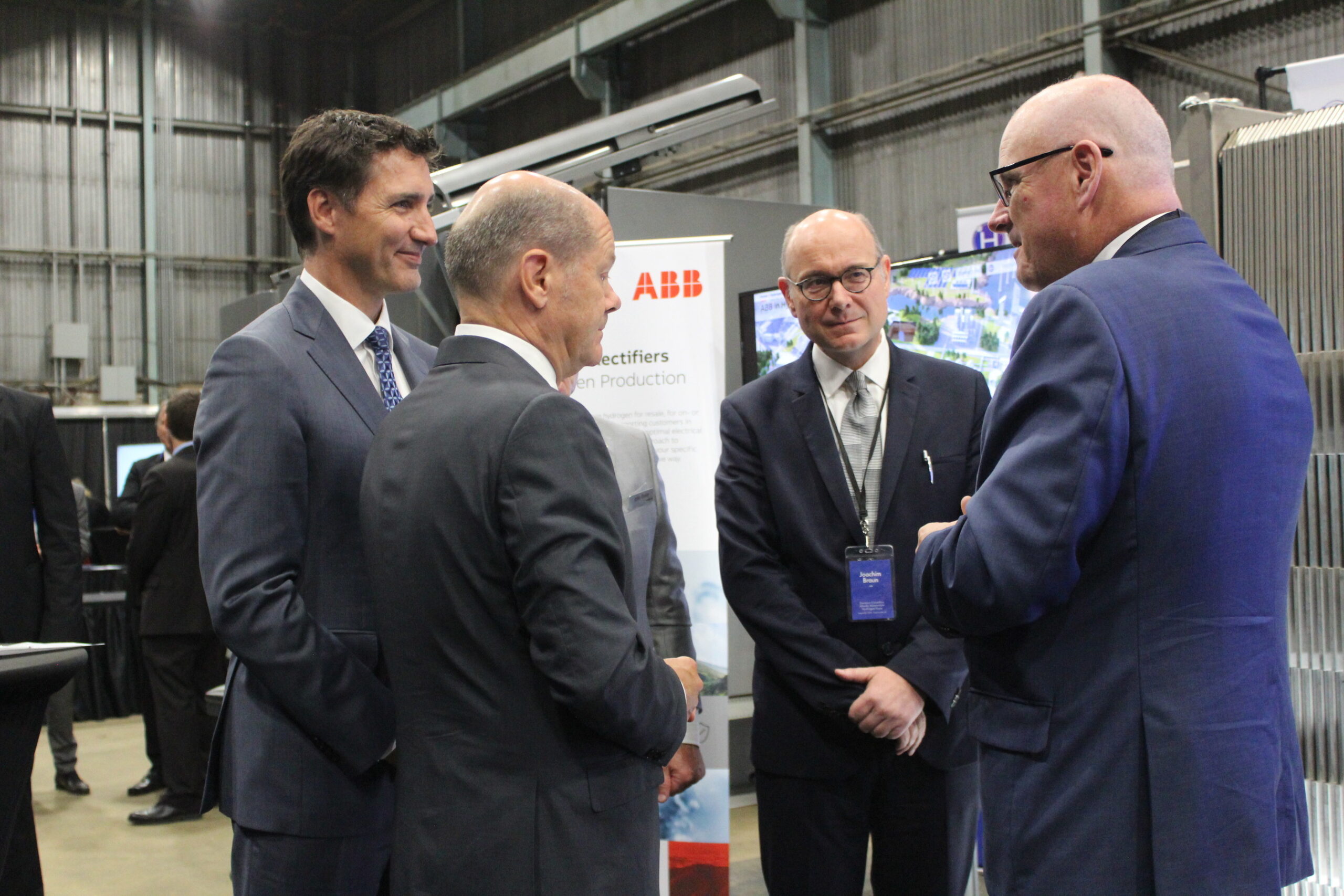 ZURICH and OWEN SOUND — ABB and Hydrogen Optimized Inc. (HOI), a company trying to manufacture green hydrogen at scale, have signed an agreement to expand the companies’ existing strategic relationship. This includes an investment by ABB into Key DH Technologies Inc. (KEY), the parent company of HOI, as they seek to accelerate the fast-emerging green hydrogen production segment with unique large-scale architecture. The financial terms of the agreement were not disclosed.

By accelerating the strategic collaboration between ABB and HOI launched in 2020, the two companies are advancing the deployment of economic large-scale green hydrogen production systems to decarbonize hard-to-abate industries that address a wide range of essential needs – energy, metals, cement, utilities, ammonia, fertilizers, and fuels for aircraft, ships, trucks and rail.

technology converts renewable electricity such as hydro, solar and wind power into green hydrogen for industry.

technology, we are confident that, in combination with ABB’s high-power rectifiers, it can become a category leader in the large-scale green hydrogen segment. Our complementary technologies will strengthen the Hydrogen Optimized value proposition and fast-track the commercialization of the RuggedCell

“This agreement positions us for success in the large-scale segment with customers requiring installations in the hundreds of megawatts to multi-gigawatts,” said Andrew T. B. Stuart, President and CEO of KEY and HOI. “ABB’s global footprint, commercial relationships and technology leadership in high-power rectifiers, distributed control systems and manufacturing automation provide us with the market reach and capabilities to achieve our company’s goals.”

Global electrolyzer capacity will reach an estimated 3,100 gigawatts by 2050, according to a June 2022 report published by DNV. The group forecasts that electricity-based green hydrogen will be the dominant form of hydrogen production by the middle of this century, accounting for 72 percent of output.

The proceeds of ABB’s investment into KEY, led by ABB Technology Ventures (ATV), will be used to advance HOI’s intellectual property development, build up corporate capabilities for increased business activity and introduce automated manufacturing and robotics. This will reportedly accelerate the rollout of gigawatt-scale electrolyzer manufacturing.