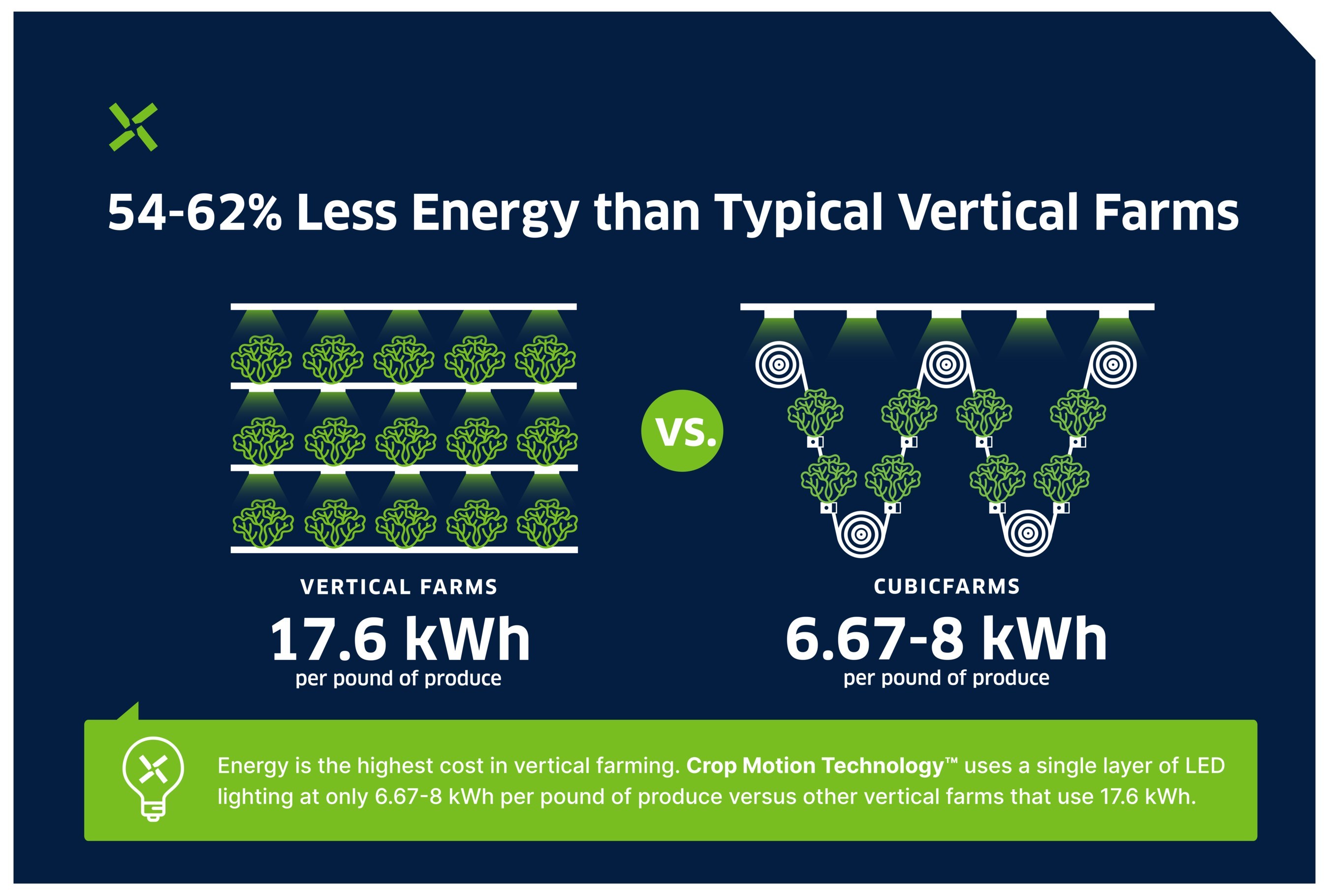 VANCOUVER — CubicFarm® Systems Corp., a local chain agricultural technology company, announced new data that demonstrates 54% to 62% less energy is used in a CubicFarm System module compared to results reported by other vertical farms surveyed globally. With electricity being the number one input cost in vertical farming, this is a reported advantage to customers using the CubicFarm System technology for indoor growing.

Most vertical farming operations rely on light emitting diode grow lights positioned above every row of plants. Despite the significant land, water, and labour benefits of year-round indoor growing, the high energy usage of LED grow lights has, until now, slowed the wider adoption of Controlled Environment Agriculture.

In 2020, the global vertical farming market was estimated at $3.24 billion and is expected to reach $24.11 billion by 2030. An advisory firm, Agritecture, highlighted the need for greater transparency and accountability for claims about energy use in the vertical farming sector in its 2021 Global CEA Census Report.

moves plants to one layer of LED grow lights, unlike typical rack and stack layouts of other vertical farms that use multiple layers of energy-intensive LEDs. Findings include: