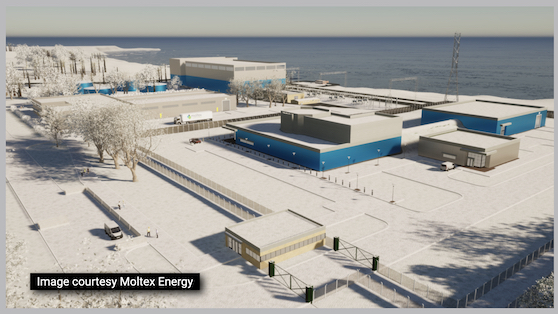 Meantime, through its Centre for Canadian Nuclear Sustainability (CCNS), Ontario Power Generation (OPG) has joined forces with Moltex, and is providing $1 million in funding to help the company demonstrate the technical viability of its process for recycling used CANDU fuel.

“We are working to develop a technology that uses the fuel from the first generation of nuclear power in Canada to power the next,” said Rory O’Sullivan, Moltex Energy. “This reduces the challenges associated with spent nuclear fuel, while expanding nuclear power to help Canada achieve its climate change objectives.”

The National Electrical Trade Council (NETCO) issued a statement in support of this technology, and advocating for SMR development and ongoing investments from all levels of government. As a participating partner in the Small Modular Reactor Action Plan, NETCO says it is “committed to training and developing a diverse nuclear workforce”.

“Canada is poised to become a leader in the creation of small modular reactor technology,” said NETCO’s Melissa Young. “This will benefit and grow the electrical industry in Canada.”

The $50.5-million investment is provided through the Strategic Innovation Fund (SIF) and the Regional Economic Growth through Innovation (REGI) program.

The SIF funds represent $47.5 million of the total federal government investment, and Moltex will match these funds dollar-for-dollar. The full amount will be used to progress the SSR-W and WATSS designs, and “validate key assumptions to support the Canadian Nuclear Safety Commission’s Pre-Licensing Vendor Design Review Phase 2”.

The ACOA funds represent $3 million of the total, and will be used to further WATSS research.

In addition to Moltex, ACOA provided $4,999,568 to NB Power and $561,750 to the University of New Brunswick’s Centre for Nuclear Energy Research to strengthen the small modular reactor (SMR) cluster in that province.

“Our government supports the use of this innovative technology to help deliver cleaner energy sources and build on Canada’s global leadership in small nuclear reactors,” said Hon. François-Philippe Champagne.